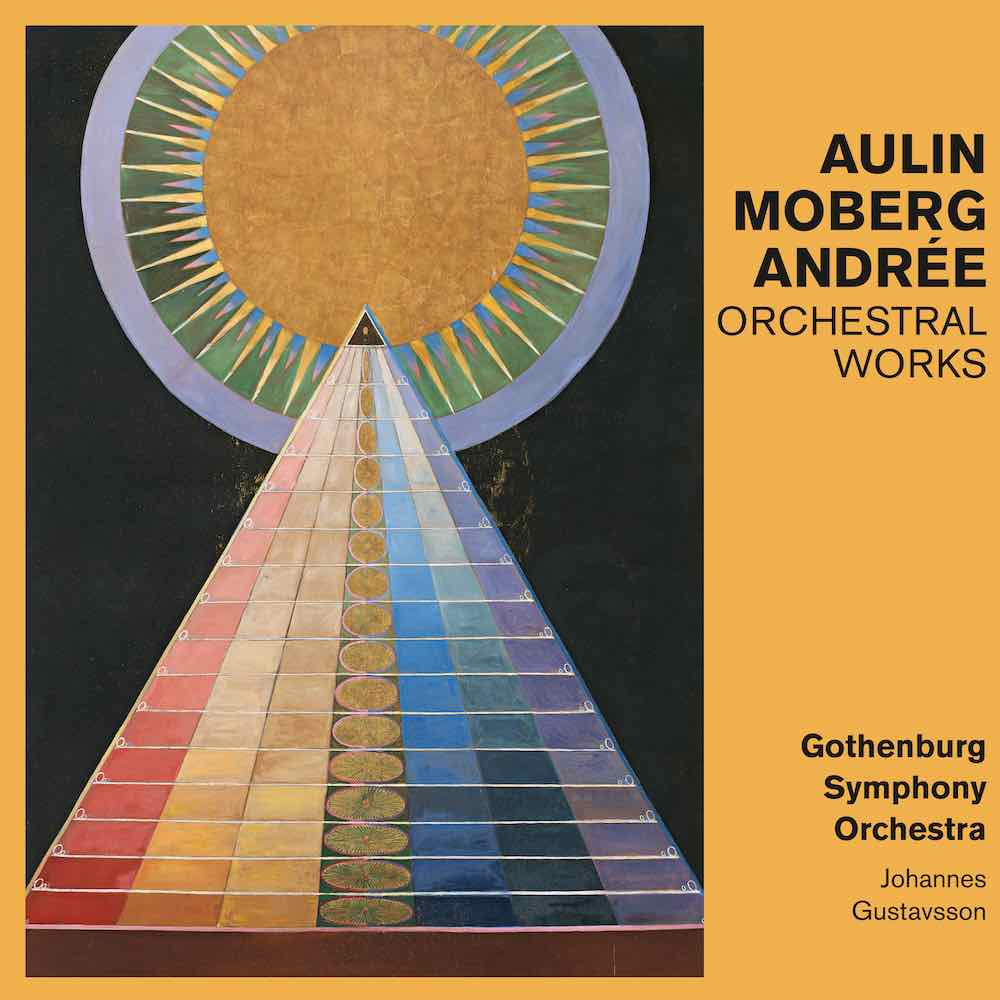 Valborg Aulin was a skilled pianist and chamber musician who studied composition at the Royal Conservatory of Music in Stockholm and for celebrities such as Nils W Gade in Copenhagen and Jules Massenet in Paris. It was there that she wrote the “Parisian paintings” in 1886, impressions from her stay in the French metropolis, which sadly were never performed during her lifetime. The music depicts the busy street life, festivities at Trocadero, a ballroom scene and the quiet of the night. This is a major find, which this recording aptly proves.

On this cd, The Gothenburg Symphony Orchestra and conductor Johannes Gustavsson also perform two other works that have never been recorded before: Sunrise, an orchestral suite by Ida Moberg (1859-1947) and Symphony No. 1 by Elfrida Andrée (1841-1929).

Finnish-Swedish Ida Moberg was the singer who, after four years of study at the St. Petersburg Conservatory, returned to Helsinki and studied composition for Sibelius, amongst others. Her music is coloured by spiritual and anthroposophical ideas. The orchestral suite Sunrise from 1909 has, for example, subtitles such as Activities, and Silence, keen and sensitive reflections on human existence.

It’s a joy to present the very first recording of Elfrida Andrée’s Symphony No. 1, over 150 years since it was completed in 1868, when she was 27 years old. Elfrida Andrée (1860-1928) was a pioneering musician, conductor and composer. She is well known for her chamber and organ music, in fact she was the first woman in Europe appointed to cathedral organist, in Gothenburg. Her first symphony is a romantic work born out of its time, with many seeds of things to come.