It's raining but not now 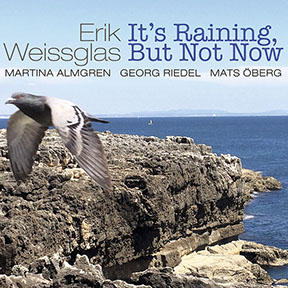 The Swedish guitar player Erik Weissglas has on this record teamed up with three strong musical voices, namely the drummer Martina Almgren, the legendary basist/composer Georg Riedel and pianist Mats Öberg, who also plays harmonica on some songs. The songs are composed especially for the occasion of recording with these four musicians, and the music on the album focuses on strong themes as well as ambience and improvisations, and of course, the interplay between the four participants. The album is revealing the freshness of four musicians who never played together in this particular constellation. All songs are composed by Erik W except one song who is written with longtime musical partner Svante Henryson.