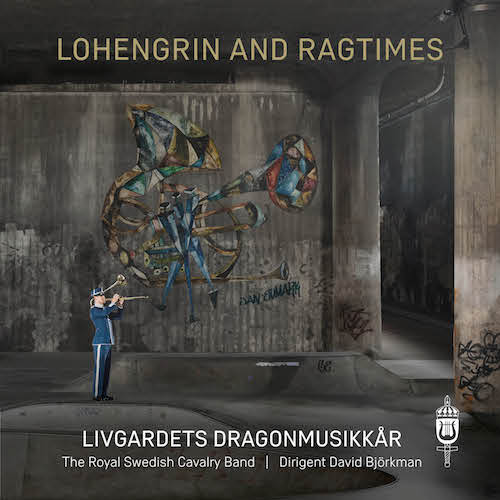 Lohengrin and Ragtimes is the latest recording from the Royal Swedish Cavalry Band, Sweden’s only mounted military band.
Under the direction of Director of Music, David Björkman, the band performs music by composers from three different centuries,
among them Henze, Wagner and Wolff.

The royal sound of the trumpet as well as the musical mix of humour and dignity are characteristics of the Royal Swedish Cavalry Band.
In this recording we find music for dance, a sorrow march and operatic music accompanied by contemporary experimental music.